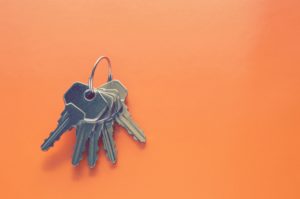 I retain vivid memories of my visits to Ohio to discuss mother’s care levels and needs with my older sister, where one of the challenges involved keys.

As I was fumbling for my keys to unlock the door I thought about my mother. I retain vivid memories of my visits to Ohio to discuss mother’s care levels and needs with my older sister, where one of the challenges involved keys. One specific issue – car keys – is no surprise. Keys now have a habit of triggering these reflections.

There are lots of things that bring back memories of mother. I often chuckle at her sayings depending on the situation. Her little lines would pop out predictably and automatically but we never got tired of hearing them. At the mention of the word wait, she would say “Weights what broke the wagon down.” If we were trying to find something and she would spot it in front of us, out would come, “If it were a snake it’d bite you.”  She had so many more. These were common sayings among her generation, the ones who were born in the first part of the last century and spent a lot of time on front porches and around kitchen tables.

I sometimes get angry with myself for the earlier days when I didn’t have a full appreciation of the stories. There were times when I would hear a little inner voice saying “Here it comes again” as the situation and the opening lines would provide a clear signal for the story that was about to be told. I was foolish of course, reacting solely to the lines being spoken out loud rather than listening for the deeper meaning that was coming from their hearts. This was  “oral tradition” being presented right before my very eyes. They were preserving our family culture.

Mother loved to drive. It was her primary means to assert her independence. Many signs pointed out that allowing her to drive was no longer a good idea. The risks to her and everyone else on the roads were becoming too great. Getting those keys away from her was not an easy task. The simple truth is, she was not about to give up the keys. They had to be taken away with gentle but firm persuasion.

The purse was the next major piece of her personal property that had to be gently taken away. I don’t know if we actually do comprehend just how important a purse is to a woman. In time though, even the purse had to go as she had eventually lost the capacity to discern the uses for its contents and might have injured herself with some of the items. Getting the purse away was harder than the keys.  Right to the end, the one thing she would remember to do was get after my sister for “taking away my purse.”

These are the things I think about every so often when I fumble for my keys. While I can still remember which one to use for my front door, I need to also remember to tell stories. I owe this to my children. It was an invaluable gift from my parents and it is one of the most important gifts that we pass on from generation to generation.